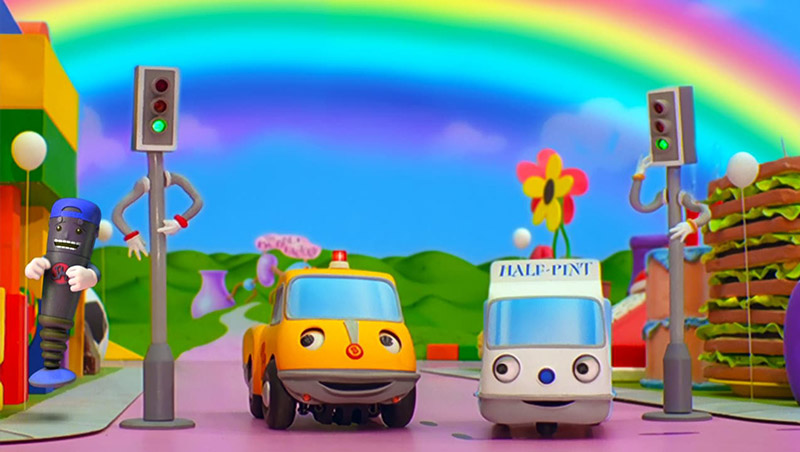 The return of Dream Street: Animators buck trend on CGI to bring children’s show back to our screens

It is the modern technique of bringing everything from Hollywood disaster films to historical documentaries to life. But one production company has turned its back on computer-generated imagery (CGI) to bring a classic children’s show back to our screens.

Platinum Films, the company which will turn a young Bear Grylls into an animated hero, instead decided to use traditional animation techniques for its reimagining of Dream Street, the popular children’s TV series.

Dream Street first aired on CITV in 1999 and captured the attention of pre-schoolers for a decade.

Nigel Stone, the founder and CEO of Platinum Films, chose to buck the CGI trend for the new Dream Street and create a new animated process that “retains the visual appeal of the original series while giving the show a modern edge”.

“We know kids directly relate to the physicality of model animation so rather than abandoning the original and opting for CGI, we decided to pursue a new creative direction,” he said.

“We’ve enhanced the visuals, story-telling and characterisation and made our characters breathe, giving the show a natural and magical feel.

“It’s an arduous, painstaking task for the studio, but it’s worth it as I believe that kids are looking for authenticity,”

Nick Park, the creator of Wallace and Gromit, supports this view.

He said: “There’s still a great love of traditional techniques. I think people can relate to it more, somehow.

“With some CGI I think the brain slightly perceives that things aren’t real. There’s no gravity, the light’s not quite real, the shadows aren’t quite real.”

The Dream Street remake is already popular with a new generation of two two to seven-year-olds in the Middle East.

Mr Stone said that the new Dream Street, which saw its English speaking premiere on RTE in Ireland last month, should hit UK screens next year.

Few shows beyond the pre-school years are aimed at both boys and girls. Stone said: “It’s really hard to pull of a mixed genre show because broadcasters say, ‘Boys don’t watch what girls watch and girls don’t watch what boys watch.’ But they clearly do.”

“Every TV show leads to merchandise but we’re thinking about things we can do other than the traditional, great stuff like books and toys,” Stone said.

“When we first launched with Dream Street, we didn’t really know how to commercialise. We had the number one toy in Hamleys and didn’t know how to harness it. Now we do. We’ve gone from being a small British production company to a global media company, and we pinch ourselves a little bit.”

The show – which follows the adventures of Buddy the magical truck and Daisy the police car – was successfully sold into more than 65 territories worldwide.

The English language version of the original series was narrated by Russ Abbot, the comedian.