Planet Cook (104 x 20’ episodes) is an engaging and unique cooking adventure that puts the fun into food by using the natural world to inspire and promote healthy eating for kids, making every meal time an adventure!

Set on a tropical fantasy island designed by Academy Award winning production designer, Terry Ackland-Snow, each episode sees Captain Cook guide three cool young Cook Cadets as they create and invent fun food against the clock. Every recipe in the show is inspired by the natural world and has been analysed by independent, qualified nutritionists to fit within the context of a balanced, healthy diet.

TV personality, Ruby Wax is the voice of super computer, Roxy, whose Info-Bites® form the creative themes of individual episodes and feature some of the world’s finest wildlife footage, including Blue Planet and Walking with Dinosaurs.

Planet Cook’s core values have never been more relevant as healthy eating remains at the forefront of national and international government agendas worldwide. In the UK, the show inspired schools to introduce a Planet Cook Milk Campaign and a Schools’ interactive website for nutritional learning. 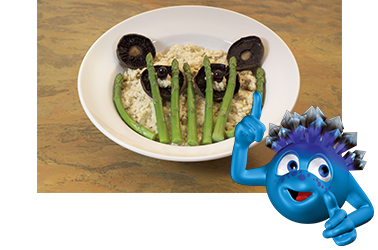 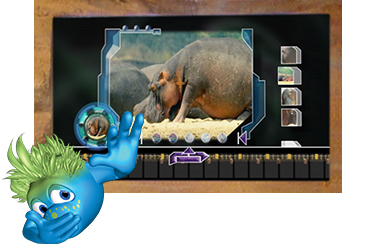 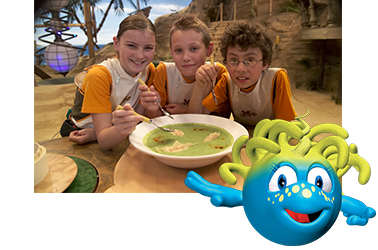