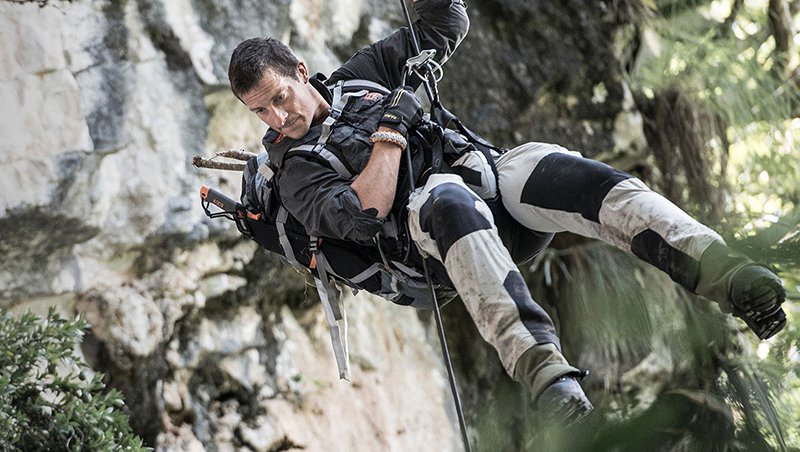 Bear Grylls is to become a cartoon hero after signing a deal to turn his schooldays into a series of animated adventures.

Bear Grylls Young Adventurer will follow 12-year-old Bear as he embarks on expeditions and tests his survival skills – all while keeping up with his homework.

The show will be made by Platinum Films, an independent British production company, which beat competition from major US studios to land the deal.

“Bear Grylls Young Adventurer is all about bringing the spirit of adventure and exploration to young kids in a way that fires their imagination and brings out the survivor in them all,” the adventurer said.

The show will encourage children to get outside – Grylls is UK Chief Scout and once published a ‘manifesto for children’ which included getting fit, climbing mountains and banning computer games.

The plan is for the show to go global, with a merchandising deal encompassing action figures and books. Grylls’s Born Survivor programme has been seen by an estimated 1.2 billion people and his US survival show, Running Wild, has attracted celebrity participants from Kate Winslet to Barack Obama.

The son of the late Tory MP Sir Michael Grylls was educated at Eton. Aged 23, he was one of the youngest people to climb Everest, 18 months after breaking his back in a parachuting accident.

He served with 21 SAS before beginning his television career. His stunts – escaping quicksand, crawling inside a camel carcass, eating elephant dung and biting off a snake’s head, all performed with maximum enthusiasm – have made him a hit with children.

He described plans for the new series as “totally original, translatable, enduring and exciting”. It will be broadcast next year.

Platinum is based at Pinewood in Buckinghamshire, home to the James Bond franchise. The company’s first show, Dream Street, was aimed at pre-schoolers but used the Oscar-winning special effects supervisor from The Empire Strikes Back and Alien. The show was launched in 2000 as ITV’s rival to Teletubbies and was sold to 65 countries.

The company was founded by Nigel Stone, who was inspired to create children’s programmes after having a child of his own. “You don’t have to play down to children. They’re just small people who think in a different way,” Stone said.

Dream Street, which is returning to screens this year with new animation, was followed by BBC show Planet Cook, which encouraged children to eat healthily. The firm also makes the Matt Hatter Chronicles series.

Bear Grylls Young Adventurer will present a positive role model for boys and girls, Stone said. “His kindness, his courage – these are the qualities I would want in a hero of one of our shows.

“The most important thing for Bear’s camp and for us is that we inspire children. Kids watch TV and it influences them, so why not influence for the good?

“We will see the world through Bear’s eyes as he goes on adventures. He’s a 12-year-old boy but this is a unique scenario where you can really capture all the family – children sitting down with parents and grandparents.”

Few shows beyond the pre-school years are aimed at both boys and girls. Stone said: “It’s really hard to pull of a mixed genre show because broadcasters say, ‘Boys don’t watch what girls watch and girls don’t watch what boys watch.’ But they clearly do.”

“Every TV show leads to merchandise but we’re thinking about things we can do other than the traditional, great stuff like books and toys,” Stone said.

“When we first launched with Dream Street, we didn’t really know how to commercialise. We had the number one toy in Hamleys and didn’t know how to harness it. Now we do. We’ve gone from being a small British production company to a global media company, and we pinch ourselves a little bit.”